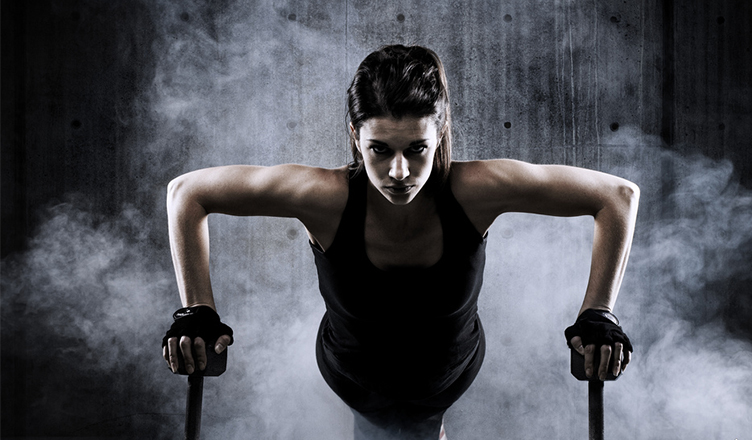 As a general rule, most males should work out to make their muscles stronger and maintain a healthy lifestyle. But there is more to working out than that – it will not just help you be more healthy and vigorous, but it can also make you much more attractive for women. Admit it – when you hit the gym, you are less concerned with your health, and more focusing on the looks you will get from the opposite sex, right? So, here is a short list of what you should work out to attract more of the admiring looks on the beach.

According to a study performed at the Western Illinois University, women find abs to be one of the most attractive muscle groups on a man. A six pack and the “V” of a male body will attract as many looks as a man’s face. Many people prefer to hide their abs under some layers of fat, though, which makes them less attractive. Luckily, this can be changed – with the right diet and the right workout you can expose those abs and possibly be more successful in your (love) life.

Women check out a male’s posterior just as often as the other way around, so why not work a bit on those, too? According to a poll at AskMen Magazine, the majority of women like the sight of a well sculpted posterior on a man. There are ways to train your buttocks’ muscle. Besides, a muscular posterior looks great in a swimsuit, too.

These might be two separate muscle groups, but we include them in the same category, as they are close to each other on your body. A set of muscular shoulders makes an impression, and if they also continue with a set of masculine, muscular arms, the effect is even better. Broad, well-defined shoulders and muscular arms are a telltale sign of masculinity.

According to the book In Your Face: The New Science of Human Attraction, women prefer a man with a physique consistent with the ideal hunting figure: strong shoulders, narrow waists, and broad chests and shoulders. But not in a bulky way, though – women prefer the man of their dreams to have a well toned, muscular chest, but not muscle boobs to rival their own, and by no means arms that are thicker than their tighs. It is nice to be dedicated to sculpting yourself a body like a Greek god, but by no means let it be the body of Hercules (from the latest movie, of course).